July 2015 – The Wallace Hartley Titanic violin commanded the highest price ever paid for an RMS Titanic artifact when it was sold at auction in October 2013 by the world’s leading Titanic auctioneers, Henry Aldridge & Son Auction House of  Devizes, Wiltshire, England. Now, under exclusive arrangements with Aldridge & Sons and the secret owner they represent, this cherished violin is coming to the Titanic Museum Attractions in Branson, Missouri, and Pigeon Forge, Tennessee, in 2016, announces Mary Kellogg-Joslyn, co-owner of the Titanic Attractions.

“RMS Titanic bandleader Wallace Hartley’s violin has become the iconic symbol of the Titanic saga. Found strapped to his body after the sinking, it was returned to his wife-to-be, only to be lost to the world until it resurfaced almost a century later. Now, for the first time since an unnamed owner took possession of the violin, visitors to the Titanic Museum Attractions will be able to experience for themselves, the overwhelming sense of emotion it evokes,” says Kellogg.

“In my 20 years as an auctioneer, I can honestly say I don’t think any other article has made people show as much emotion as this one,” said auction house director Andrew Aldridge.

On June 17, 2015, the Wallace Hartley gravesite in Colne, Lancashire, was catalogued by Historic England as a newly listed historic site. The original gravesite ceremony was held on May 17, 1912, at which time more than 30,000 mourners attended the procession for the town’s national hero. It was the largest number of people known to have attended services for an RMS Titanic victim.

Hartley’s impressive memorial is located on the main road into Colne. A small bronze plaque reads: “Wallace Hartley Bandmaster of the RMS Titanic who perished in the foundering of that vessel April 15, 1912 Erected by voluntary contributions to commemorate the heroism of a native of this town.”

In anticipation of record crowds, Titanic Museum Attractions management will feature a special, daily, Early Morning violin viewing for a limited number of Titanic enthusiasts. These VIP guests will have close, uncrowded access to the violin, where they can shoot heirloom photos of their encounter with the violin that played on and on, as Titanic slipped away.

“The Titanic violin may never be played again,” admits Kellogg. “But one of the final songs Wallace Hartley was said to have been playing during the ship’s final moments can still be heard in our imaginations:”

Nearer, my God to thee,

Nearer, my God to thee,

Reservations are suggested by calling 800-381-7672 or going online at   www.titanicattraction.com.

Henry Aldridge & Son: Henry Aldridge and Son are one of England’s premier auctioneers of antiques and collector’s items. It is a family-run business operated by father and son team Alan and Andrew Aldridge. They were described recently by the top collector of Ocean Liner Memorabilia worldwide as the “Leading source of high end ocean liner collectibles in the world” and are universally accepted as the premier auctioneers in the sale of Titanic and White Star Line material. 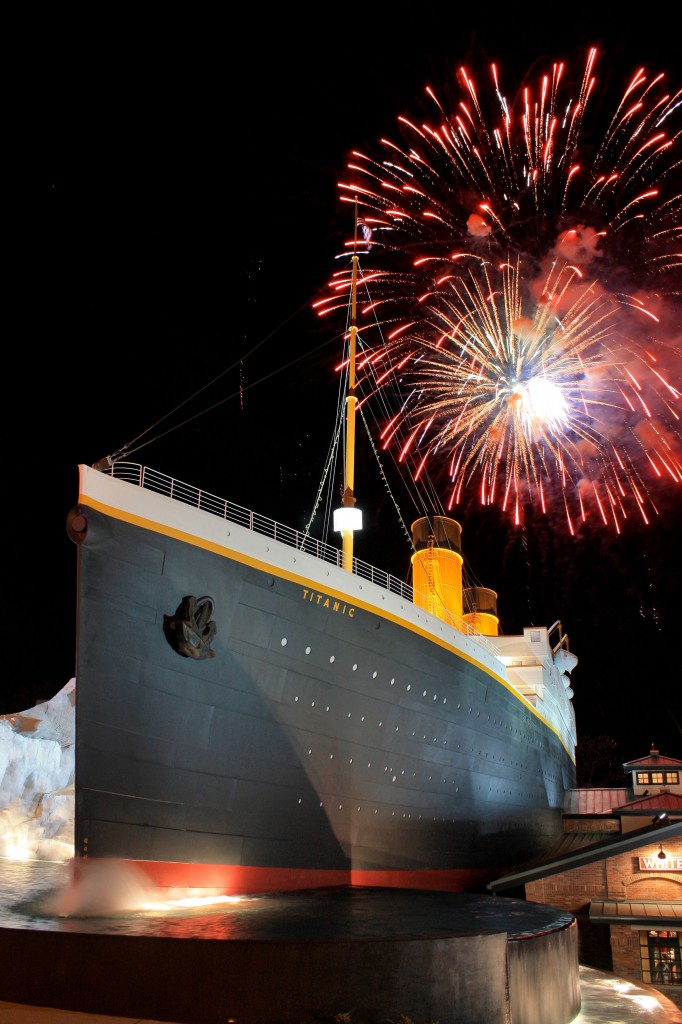